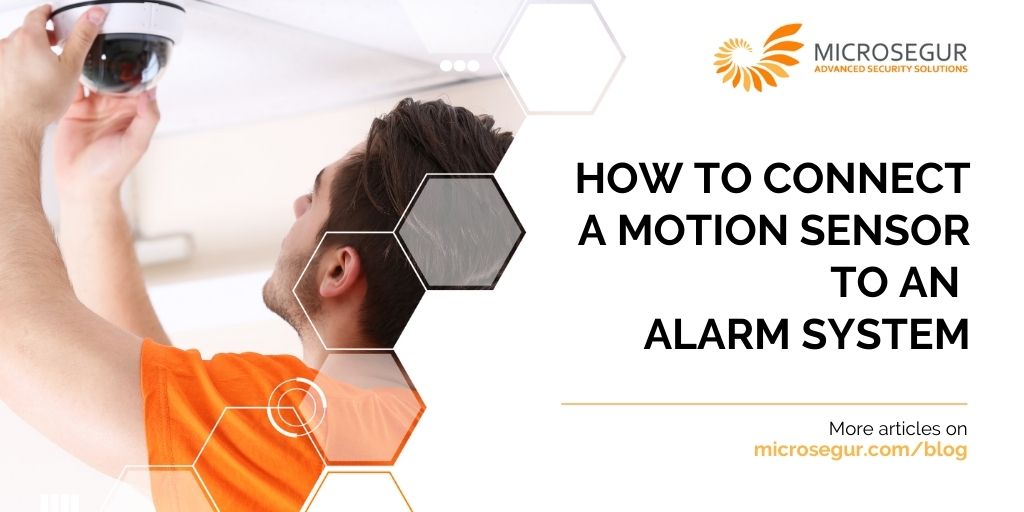 Knowing how to connect a motion sensor to an alarm system is essential for it to work, as the brain of the alarm or control unit is useless if it does not receive information from the detectors, which will indicate that it is occurring. an intrusion.

These sensors can be of many types and we must know the difference between motion sensor and infrared barrier, as well as be aware of the different sensors on the market, because depending on the type of alarm that we are going to use, from which installation we want to protect , etc. we will use one or the other.

What is a motion sensor?

It is an electronic device that detects physical movement and can be used for various fields, including security.

Within the security sector we can find many types of motion detectors that can be divided into two large groups.

They are the cheapest devices and are used both in home alarms and in businesses, in places that, although they must be protected from intrusions, do not have anything dangerous inside.

Their name comes because they do not emit any type of energy and only give an order to the control unit when they receive or capture the infrared radiation that all bodies emanate.

People emit infrared radiation that is between 9 and 10 micrometers, so that a passive detector will be calibrated to detect that wave, thus avoiding false positives that could occur due to the flight of a fly or the movement of an object.

In this case, the detectors do emit some type of energy and are used for surveillance in large areas and in points where there must be greater security, such as places where senior officials meet, power plants or photovoltaic plants where robbery attempts are common.

Infrared detectors have been used for decades to prevent perimeters from being breached. The older ones emitted an infrared beam and the alarm went off when it broke, causing many false positives.

Over time they have advanced a lot in their development and they are more intelligent and analyze the type of interruption, being able to detect even if the person who has entered the perimeter is using something to mask the signal.

Fences are a good security system, but when there are huge perimeters guarding them is a problem and they can be cut to enter.

By placing the cables on the fence, they are able to detect the vibrations that occur when trying to cut or jump it, notifying the central office. 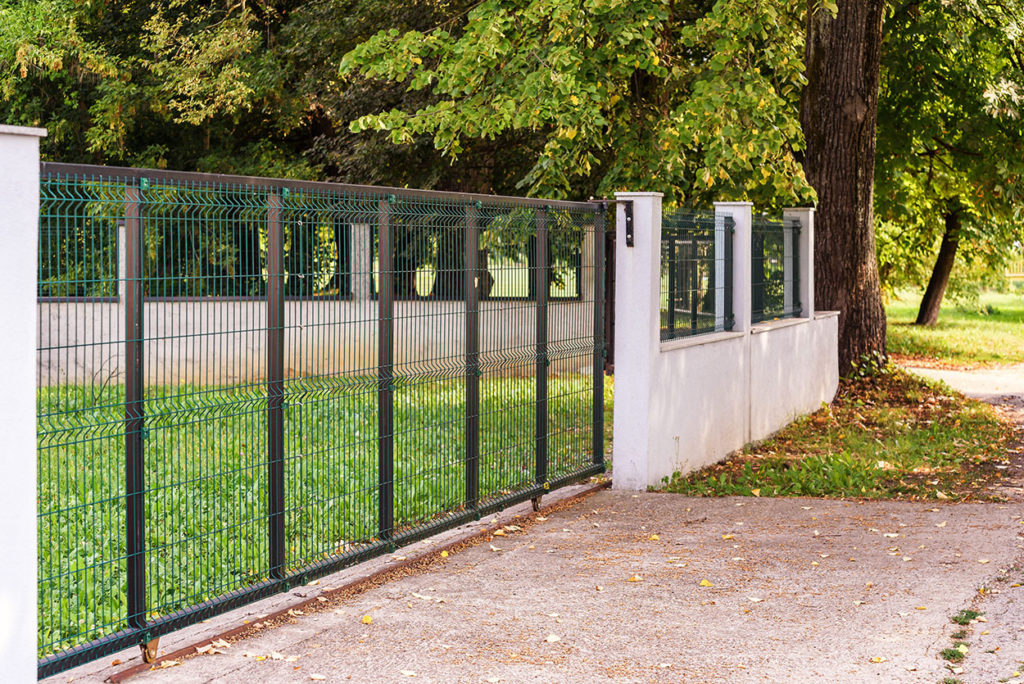 Another very effective active detector is the buried wire, which creates an electromagnetic field. There is no better security measure than the one that is not seen and that is why this cable works so well.

The intruders believe they have entered the perimeter without raising suspicions, however, the moment they disturb the electromagnetic field of the cable, it emits a signal that gives them away.

What is the motion sensor for?

We must distinguish between passive and active sensors, since they have different uses, so we will have to choose the most appropriate according to our needs and budget.

Passive sensors are used in homes and small businesses

Due to their price and their level of security, passive sensors are widely used in homes and small businesses, where thieves are not experts in disguising themselves or in disabling more or less sophisticated security measures.

Due to the distance at which they can detect thieves, they are usually used indoors, although we can also place them outside as long as we bear in mind that they will not work until the intruder is close.

When an installation is relevant and here we are talking about money, or it is strategic such as the residence of a minister or a place like a dam, security has to be of a much higher level.

For these situations there are active sensors, which differ from the previous ones in that they are usually designed to detect unauthorized people from a distance in order to set up mechanisms to stop them. 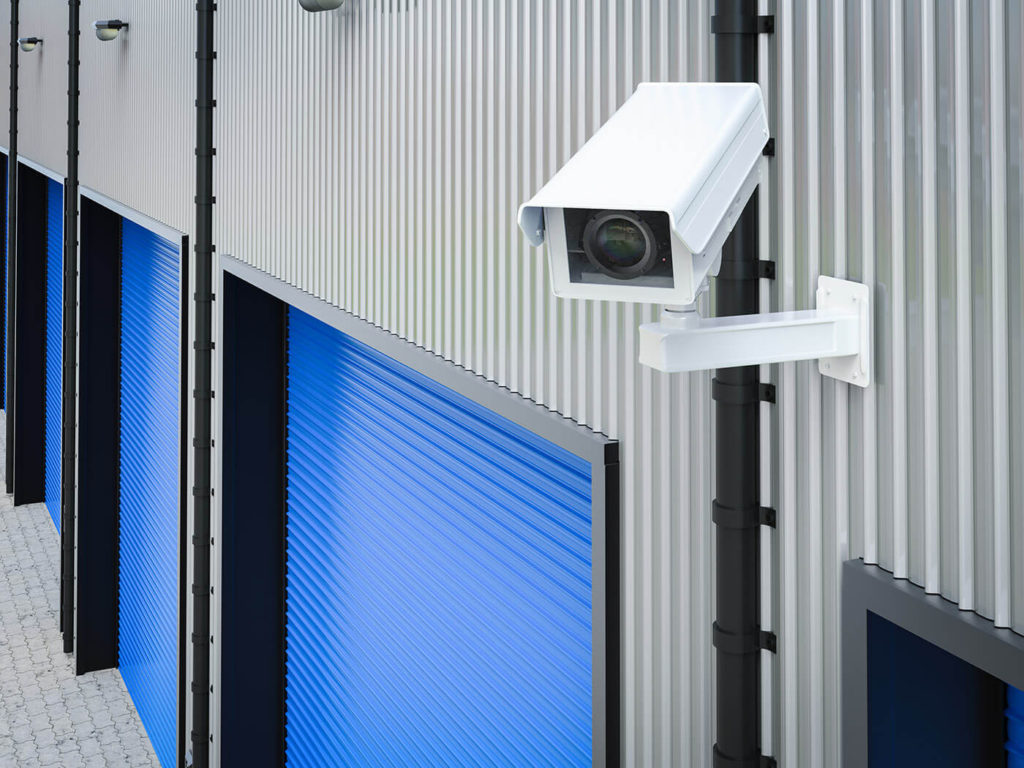 How to connect a motion sensor to an alarm system

The question of how to connect a motion sensor to an alarm is very common, especially if we buy one that we install at home and that is not connected to any control panel.

You have to choose a correct point

We cannot place the sensors anywhere. You have to find a suitable height that is usually between 1.5 and 2.5 meters, so that its activation by pets is avoided.

In addition, it should also be put in a point where it does not shine in direct sunlight and avoiding drafts from fans or air conditioning. It is also not a good idea to place it next to some curtains, as it can give false positives.

We need to make the electrical connections

A motion sensor has the function of activating the alarm and making a buzzer begin to emit a sound that alerts that there is an intruder in the house.

In this way, the detector must be connected to the current and to the buzzer with a very simple scheme.

On the one hand, the sensor carries a neutral wire and a phase wire that goes to any electrical outlet, usually to one of the boxes that we have in the house through one of the corrugated tubes in order to avoid being exposed and can cut.

Once powered, it must be plugged into the buzzer. To do this, a neutral wire and a specific one come out of the sensor that connects them and makes them communicate.

Connecting a motion sensor to an alarm is simple by following the electrical diagram, since we hardly need four cables, thanks to which the buzzer will be able to work if an intruder passes through any of the sensors that we have placed.

How to connect a motion sensor to an alarm system