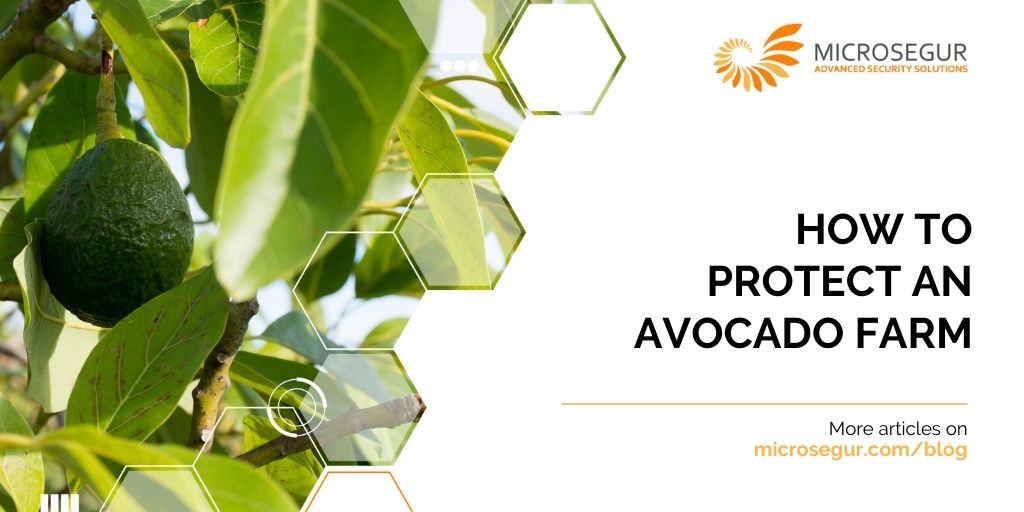 11 Jan How to protect an avocado farm?

The avocado has become the fashionable fruit in recent years thanks to its interesting nutritional properties. The change that society is taking towards a healthier diet has triggered the demand for avocado as it is a versatile, tasty fruit that can be easily combined in all kinds of dishes and recipes. But how to avoid theft in an avocado plantation?

This has caused many farmers and landowners to find avocado an interesting crop with which to generate an attractive profitability for their plot. It is a very profitable fruit for farmers, since the price per kilo they receive is between 2.3 euros and 3 euros per kilo each season.

Spain is the European Union leader in avocado cultivation thanks to its mild climate in many areas of the country, as well as the eighth power in the world. Avocado cultivation is an option that more and more farmers find interesting, as it is a profitable investment and a product with a growing demand year after year.

The future prospects for avocado could not be more positive. The global avocado market, which stands at about $ 12.2 billion in 2020, is projected to grow to $ 17.9 billion by 2025, a spectacular rise in just five years for growers around the world. they plan to take advantage.

Avocado plantations have continued to increase as a result. In Spain alone there are already more than 19,000 hectares dedicated to avocado cultivation. But more and more countries in Europe are trying to produce avocado in their territory, something that is possible thanks to the increasingly mild temperatures thanks to climate change are making the cultivation of this subtropical plant possible.

Although everything that revolves around the cultivation of avocado is positive, it also faces interesting challenges ahead. And it is that to produce a kilo of avocado an average of 1000 liters of water is needed, which is a challenge to optimize the use of water by farmers and is promoting new and innovative irrigation techniques. 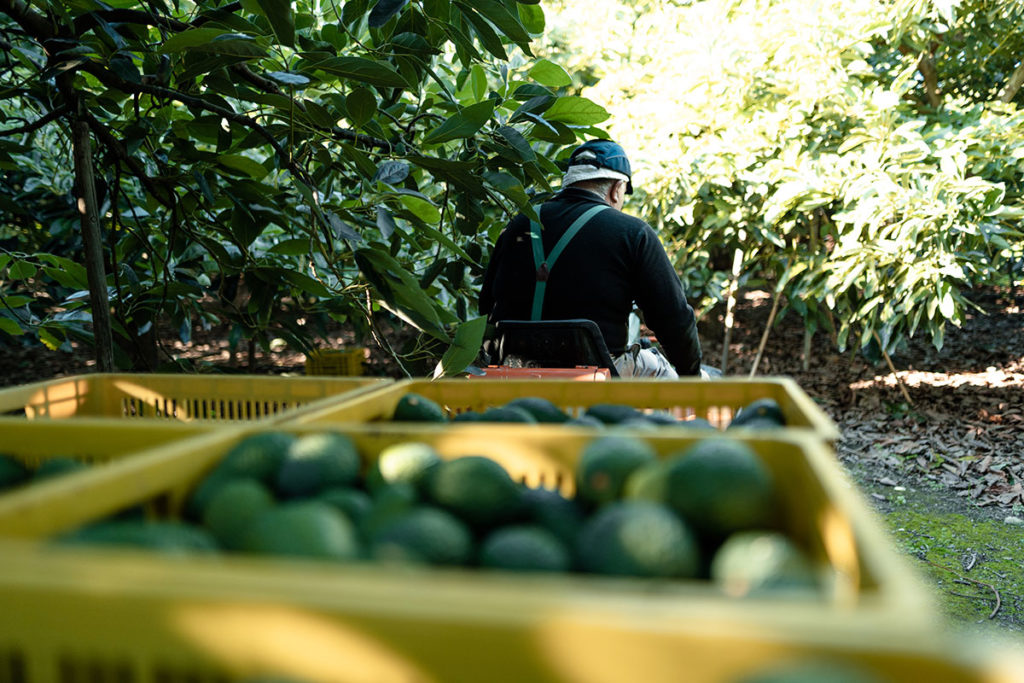 Thanks to the interesting price per kilo paid in the avocado market, avocado plantations have become very valuable to thieves. The avocado fever has caused both in Spain and in other areas of the world, such as California or South Africa, where avocado is grown, that even organized gangs are dedicated to robbing avocado farms and then selling them.

This is a very profitable product and thieves are well aware of this. They enter the plantations at night or taking advantage of the fact that there is no one in them and they take all the kilos of avocados they can. This causes serious losses to farmers, who each year see their production is lower than expected due to these annoying night robberies.

In Europe, specifically in Spain, there have also been some of these avocado thefts. For example, the Estepona Agricultural Cooperative reported last season the theft of more than 10,000 kilos of avocado with an average market value of almost 30,000 euros. Farmers sometimes report robberies to the Police and sometimes they do not, since it is impossible to know the exact amount they steal in each raid and, above all, to find the thieves without clues.

That is why more and more avocado plantations have a security system to prevent theft and damage to crops that endanger their production every year. Avocado has become a first-class theft target for professional thieves, so without proper theft protection, farms are put at risk.

There is also a problem to take into account both in avocado plantations and in other types of plantations and that is that they do not have large budgets to be able to protect the farms with a definitive perimeter security system. 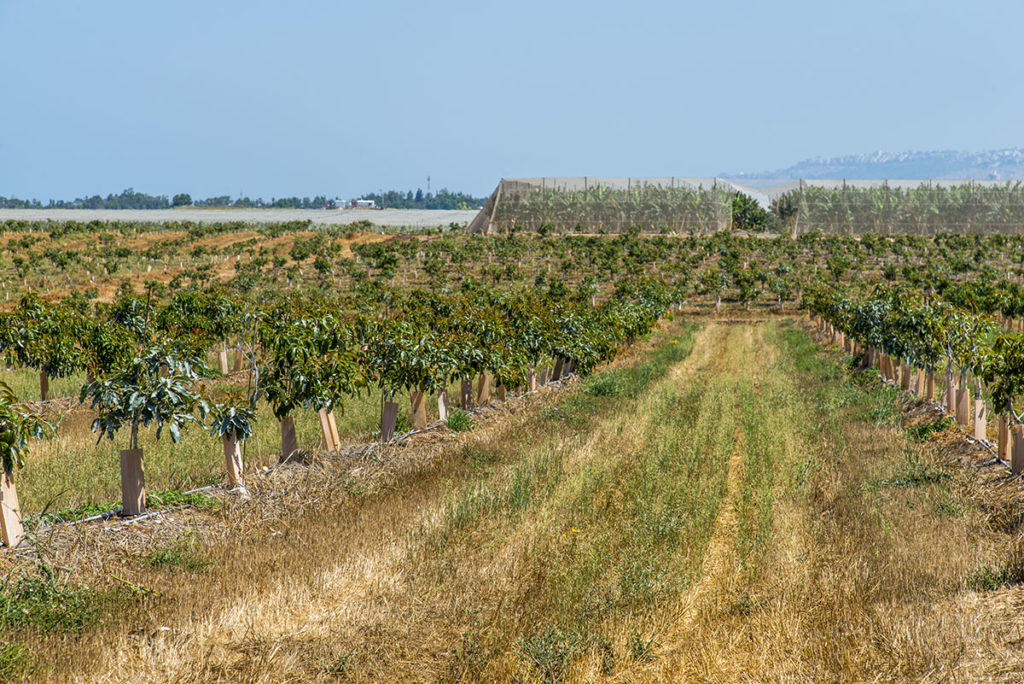 How to protect an avocado plantation?

To prevent theft in an avocado plantation, it is necessary to have the services of a company specialized in complex environments such as Microsegur, which offers, in addition to custom-made perimeter protection systems, a mobile and autonomous security team, called Eguard, to control everything moment if there are unauthorized access to the plantation at harvest time and thus notify the police.

This surveillance service helps to detect any intrusion attempt early and activates the alarm to prevent theft from occurring. In addition, they have a great deterrent factor, since they cause thieves to think twice before entering to steal if they see that the plantation has an advanced detection system.

A professional surveillance service includes surveillance through CCTV that connects to the security company’s ACR to remotely monitor the premises. Also an access control with security cards so that only authorized personnel can enter the crop. No less important are the fence sensors, which many farmers request to try to detect cuts or people climbing through them to enter to steal.

But perhaps the most important part of hiring the services of a security company is the Alarm Receiving Center. The operation of a ACR is very simple and helps to guarantee the security of the plantation by completing the perimeter security system. All the alarms that the different security teams capture are received at the control panel and thus activate the necessary security protocols.

With a CRA, the avocado farmer or owner can see the status of his crop in real time thanks to a user-friendly web application. In short, a complete security system with which to prevent theft and attempts to enter the avocado crop and thus not lose a kilo of production due to thieves.

How to protect an avocado farm