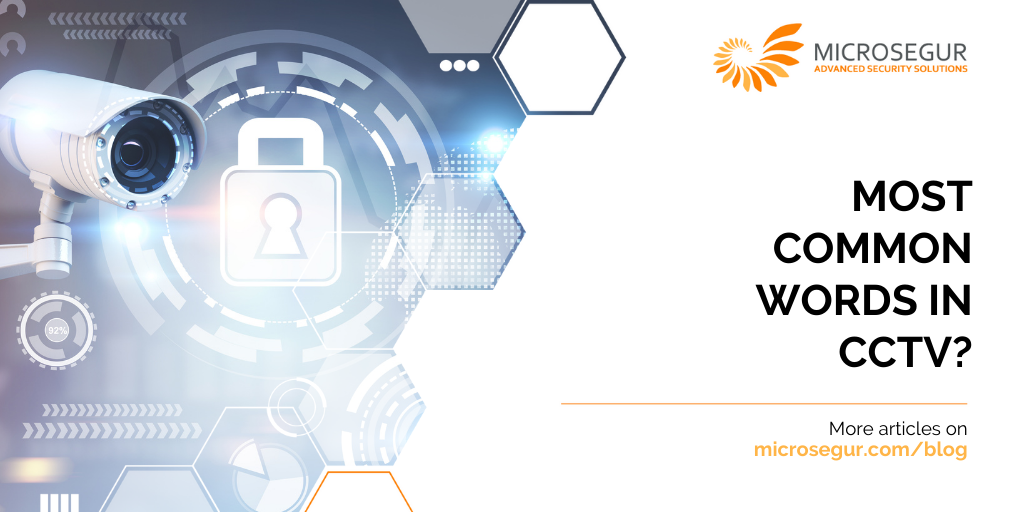 03 Jan Most common words in CCTV?

In this post we are going to make a small glossary about the most typical installation of any security system: closed circuit television or CCTV. On many occasions, we use technical expressions that explain the operation of these facilities, but do you know which are the most common words in CCTV? Most importantly, do you know the precise scope of those terms?

What is a closed circuit television or CCTV?

A closed circuit television is not an isolated camera with which we can control a room from a distance or record what happens. A CCTV is something else. It implies a security system that aspires to be comprehensive, to cover all the spaces of a facility.

It also informs us that it is closed, complete, that it is intended that there are no possible security breaches, or shadow areas as it is known in slang. In addition, closed circuit television needs information to be centralized. The images that are captured must be directly supervised by a surveillance team and / or stored in secure devices that can be used in case of need, for example, to know who and when have accessed a facility.

We are going to explain to you which are the most common words in CCTV.

An ARC (Alarm Receiving Center) is the essential complement to any advanced security system. In the ARC, all alarm notices (also false alarms) are received and classified, prioritized and responded to according to need. These alarms can be of a technical nature: a camera is not working or a sensor has failed. They can also be unauthorized entry alarms. Or false alarms: a branch that is brushed against a proximity sensor or an animal.

In all these cases, they must be given a specific treatment so that the system does not collapse or to avoid intrusion.

CRAs are staffed 24 hours a day, 365 days a year by qualified professionals. They also include the recording media for video, audio and sensor signals, necessary to be used as tests or to plan repairs.

WDR (Wide dynamic range) is a technology that is applied to the most advanced cameras and that manages to compensate for different exposures to light, where areas of shadows and light appear that prevent taking a clear image. WDR technology produces a balanced composition of light in dark and bright areas so that you can see and record correctly. A practical example is the cameras that have to record through the glass of a window, from inside the building, and is exposed to an area of greater light like the one we would have on the street.

They are motorized security cameras that can be moved both vertically and horizontally on an axis. They are widely used indoors in large surfaces and very crowded areas, such as airports or stations. They serve so that the guards can follow a target and focus on it from different angles. They also include the zoom function, which allows you to zoom in or out of the object in the image. They are very versatile and precise cameras, and essential for video surveillance in those places where there are many individuals on the move. 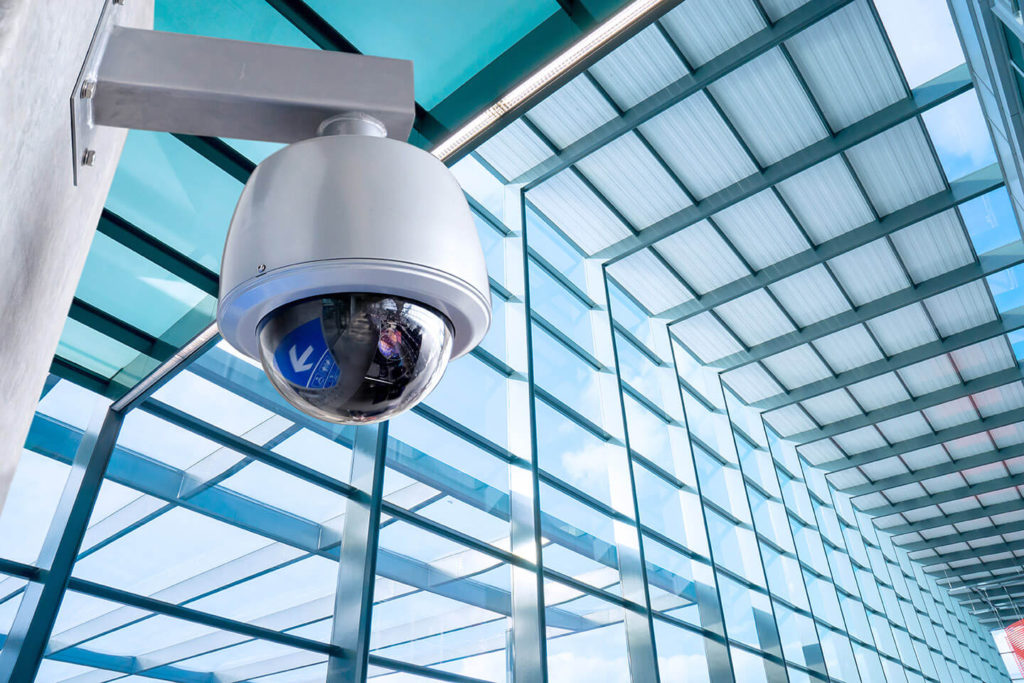 Outdoor security cameras are essential for monitoring large areas with wide perimeters. We see them in the barracks, to monitor the outer perimeter, but also in department stores, car parks or in remote facilities such as photovoltaic parks. These cameras can be fixed or motorized. And inside it carry more complex technologies, such as night vision, thermal, proximity sensors, etc.

CCD (Charge-Coupled Device) is the sensor that captures the images. It is present in all modern digital cameras. The CCD is the brain of a video surveillance equipment. The higher the CCD capacity, the better the image quality.

Image recording has always been a basic mission of any closed circuit television. If an assault occurs, we need images to be able to bring intruders to court, but also to analyze and correct potential security deficits. They are also necessary to demonstrate the presence of workers at certain times, etc. The recording is currently done on digital media. Images are stored on hard drives that can be terabytes in capacity. One of the most used words when wondering what are the most used words in CCTV.

A megapixel is a unit of digital measurement that equals one million pixels. It is a measurement that indicates the maximum resolution level that a camera can achieve. The more megapixel, the larger the image and the clearer it is.

Cameras can be either fixed lens or varifocal lens. When the lens is fixed, we will always have the same zoom level and it will always be focused on the same place. The space that we can cover with them will always be the same. We would have to use different cameras with different lenses to cover smaller or larger spaces, or to focus on specific points.

With a varifocal lens this changes a lot, since the lens allows us to adjust both the focus range and the zoom, according to the needs. Thus, we can open or close to cover more or less space. By using cameras with varifocal lenses, we can have more flexibility when defining a security project, since the same camera model can be adapted to different situations.

In this post, we have explained to you which are the most common words in CCTV, but there is more. It is just a selection of a few that you should know well because they can give you a precise idea of ​​the requirements that a good video surveillance project must meet. There is more technology and more technicalities. It is good to meet them to know what your security experts are proposing to you.

most common words in cctv