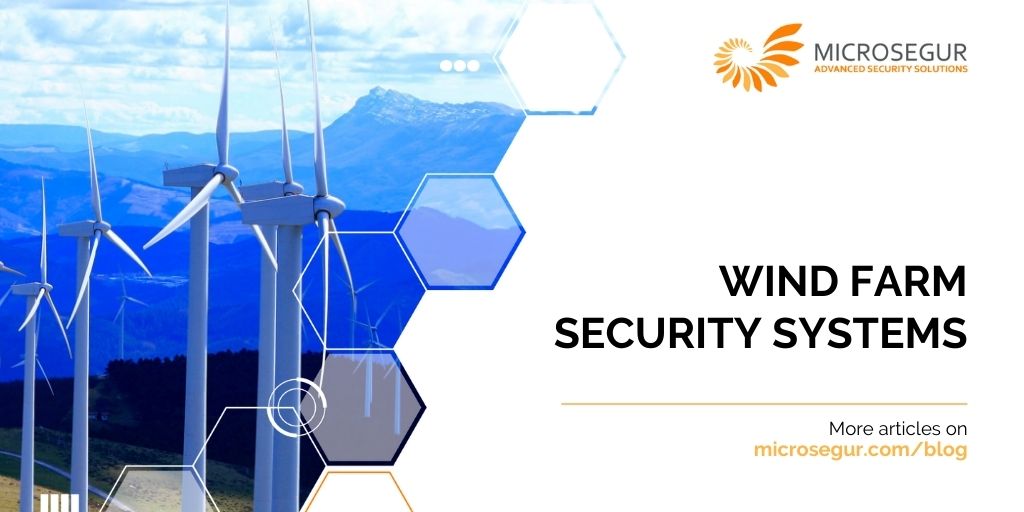 The importance of generating energy from sustainable sources has meant that important infrastructures have been built in lonely places in recent years, such as wind and solar farms located in uninhabited areas. This isolation causes these facilities to be very attractive to “friends of the alien”. In this context, establishing security in wind or solar farms is absolutely essential if you want to establish dissuasive measures against intrusion into this type of enclosure. But how to do it reliably?

What is a wind farm

A wind farm is an installation made up of a set of several wind turbines that transform the kinetic energy of the wind into electrical energy. They can be land or sea, and both are usually located in sparsely populated areas, so their types of security systems must be taken into account when establishing an effective protection plan.

A wind turbine is a vertical structure with a certain height composed of blades, which due to the action of the wind rotate and set in motion the rotor of a generator housed inside the gondola that produces electrical energy in alternating current thanks to the converter that has installed.

The amount of energy generated depends on several factors, such as the length of its blades, the speed of the wind, the location of the wind turbine or the size of the rotor. The result is that with the movement of these modern windmills, low voltage electricity is generated, which is conducted to transformers that convert it to high voltage, and which is fed into the general supply networks. 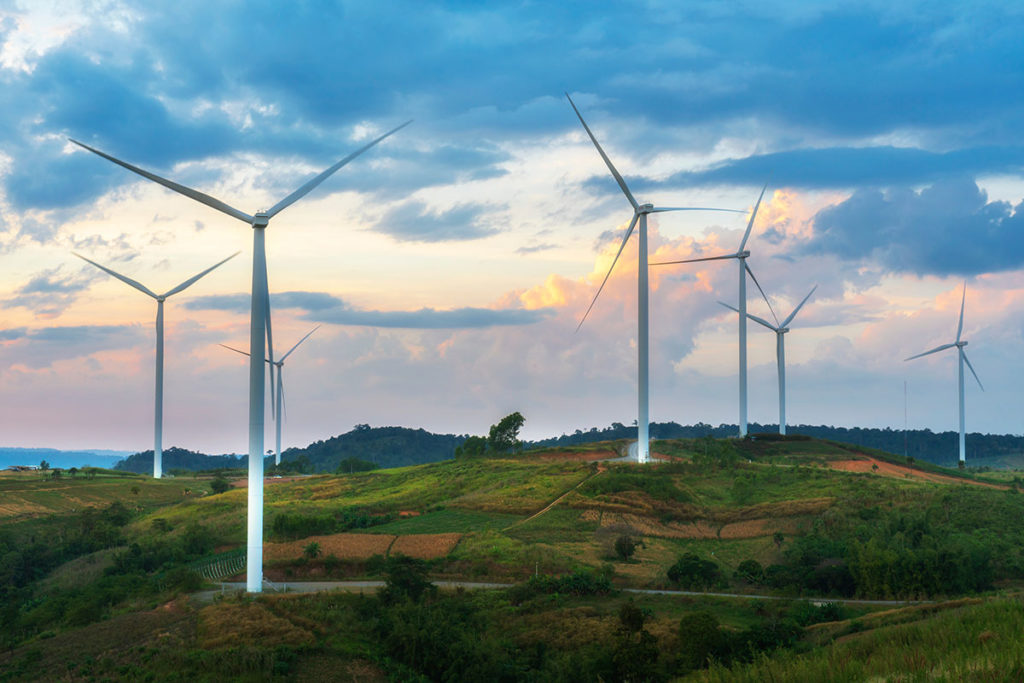 As previously stated, this type of infrastructure is usually located in uninhabited areas, such as in the open countryside or on the high seas, and also has the great difficulty that it usually occupies large expanses of land on different plots, so establishing a A reliable surveillance system is not usually an easy task, as is the case with photovoltaic plant security. All this implies that there are two most important elements in which to establish the different protection actions: each of the mills and the perimeter of the installation or its accesses.

In each of the mills, the most effective thing is to establish a detection system that launches the alarm when it detects a presence approaching, as well as inside and at its access door where a volumetric and magnetic detection system can be installed, together with with an interior camera to verify intrusion. These must be the special points to take into account for protection in these facilities, since they are the most susceptible to acts of vandalism or intrusions.

All this can be integrated by a video surveillance system that ensures access to the wind farm, always taking into account the data protection law (a security perimeter can be created using CCTV with video analysis, but due to the large extensions, it is not usually be a competitive solution). This must be connected to a control center where, once the threat is verified, action can be taken to counteract it. At the same time, it must integrate fire detection and extinction systems, since it is one of the main risks presented by this type of infrastructure.

In those facilities that do not have much surface area, it is common to have private security teams, although it is normal for them to occupy a large area of ​​land, so having electronic security systems (video surveillance and intrusion) is usually the norm in most parks.

All this security equipment must be designed taking into account the most common risks, which in these cases is not usually intrusion in order to sell the materials, but rather acts of vandalism or even the great attraction they present for carrying out dangerous activities such as parachute jumps or photographs from heights, events that not only contemplate risks for the installation itself, but also for the people who carry them out. 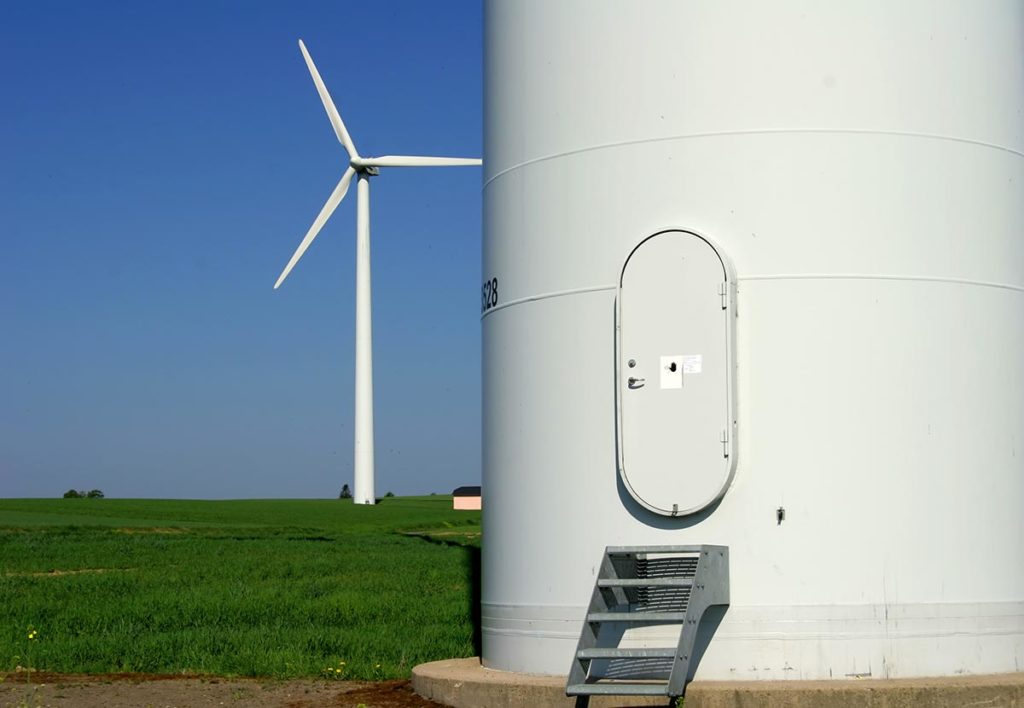 Thanks to technological evolution, video surveillance systems, such as closed circuit television, have improved both in terms of optics and digital image recording. These equipments are capable of making very clear recordings at night thanks to the thermal cameras or the cameras with night vision by means of infrared spotlights that they incorporate.

The closed circuit television is one of the elements that cannot be missing in the security of wind farms, since they are very reliable equipment when it comes to detecting intrusions, as well as suspicious behavior that may arise in the outer perimeter. 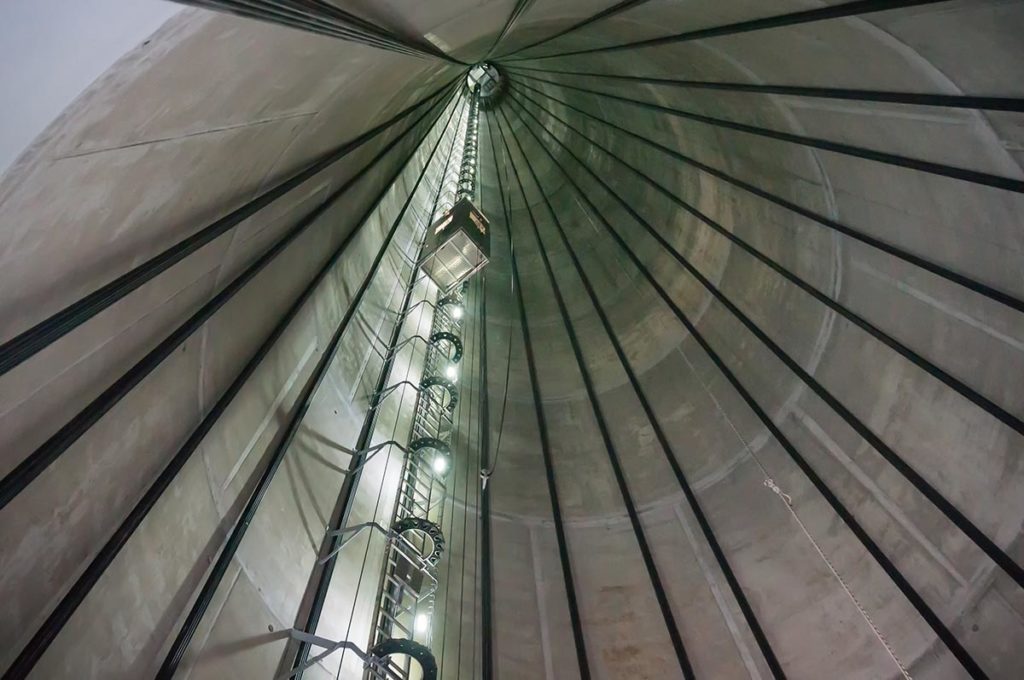 Volumetric detectors with double and triple technology are the most suitable as support equipment for indoor surveillance cameras, both systems are very effective in detecting possible intrusions in the mills and facilitate a rapid response to the detected threat and the most important, checked.

The problem with this equipment is that, being fixed, its location requires a detailed study. Ease of access from existing roads, telecommunications coverage and distance from security operating teams, among others, are aspects that must be taken into account by the security company for its installation.

If we take into account everything that has been said, it is easy to understand that a valid security system cannot be established for all wind and solar installations. Therefore, each case must be studied according to the typology it presents. For this reason, specialists such as Microsegur are the ones indicated to establish the security in wind farms, and the interior, based on a detailed study of the characteristics of the installation.