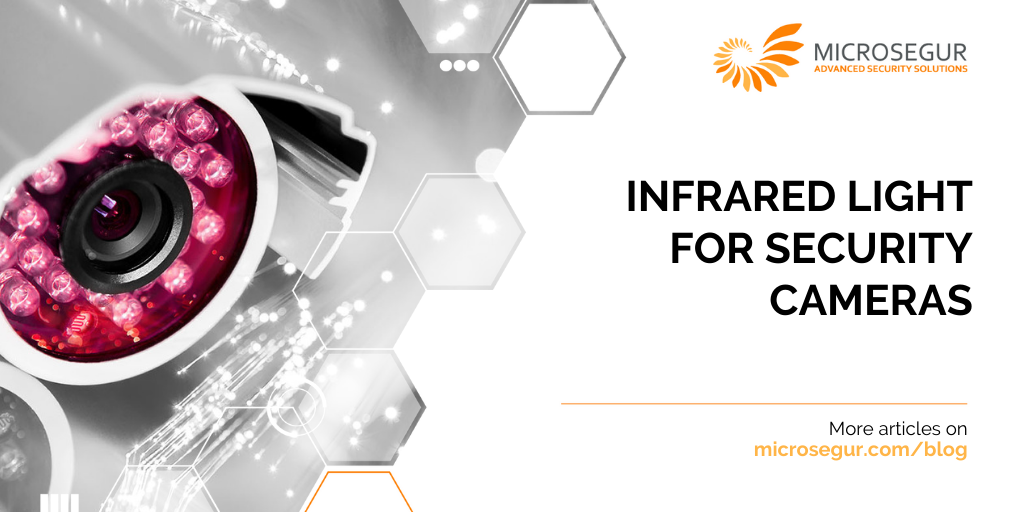 Infrared security cameras or thermal cameras are one of the most important elements in a security and video surveillance system, since they are capable of recording at night with a good level of quality.

When a video surveillance system is installed, a series of aspects must be met such as the area to be covered, the scope of a security camera, recordings at night or its interior or exterior location, among others. Infrared security cameras are ideal for use in security, as their characteristics adapt to the necessary requirements of these devices in most cases.

Infrared light: What is it

Infrared light oscillates at a different frequency than normal light, making it imperceptible to the human eye, which is only capable of detecting light between 400 and 700 nm in wavelength. Red is the color with the longest wavelength that the human eye can see, so this light is called infrared, or below red.

All bodies emit one type of radiation, regardless of the existence of another type of light. These emissions make it possible to identify them and obtain information such as their temperature.

Infrared light comes from the military industry and is used for night vision. This technology has been applied over time to other fields, and today it is commonly used in many devices such as television controls or security cameras for night viewing. 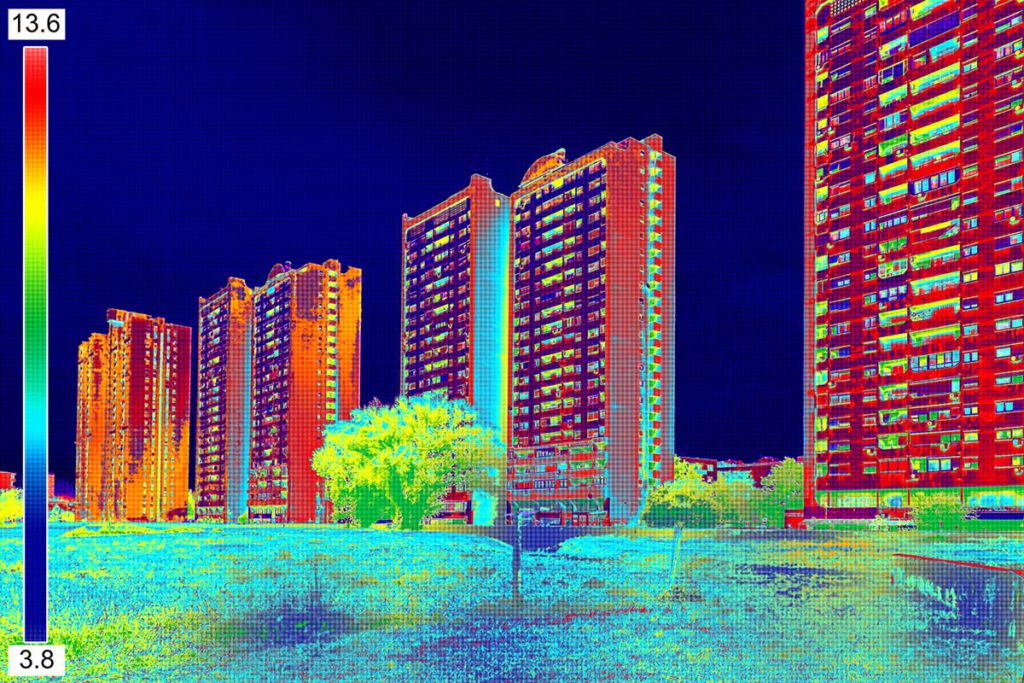 What is an IR security camera

Infrared light for security cameras makes use of the thermal energy given off by objects and people to be able to view images, even if there is no other source of light. That is why they are used to record in low ambient light conditions or even at night.

With the passage of time, the use of infrared light in security cameras has been improving, today presenting high performance for taking photos or recording quality video during the day and at night.

Many times the question arises as to why my camera flickers at night and if it is an indication that something is not working well or is not recording. In the previous link we clarify all those doubts.

How an infrared light camera works

An infrared camera measures the heat or infrared energy of objects that are within its field of vision. This data that it obtains is converted into an electronic image that shows the surface of objects according to their temperature.

What are the characteristics of infrared cameras

The main characteristics of current cameras that use infrared rays are:

Why use infrared security cameras

Infrared security cameras are becoming more and more common in security and video surveillance systems, as they provide many benefits when it comes to controlling and monitoring the areas where they are installed at all times.

The advantages of using an infrared camera are:

They record at night

During the night most robberies and criminal acts against companies or individuals take place because darkness is a great ally of thieves or criminals to hide their activities.

With an infrared security camera, quality images can be obtained even at night, increasing the level of security and control when there is no natural or artificial light in an area.

With this type of camera, efficiency is increased when it comes to detecting intrusions in spaces with little or no lighting.

Integrate with other security devices

Infrared security cameras integrate with other devices to implement a more robust and efficient surveillance and security system. With the use of advanced software tools, images from this type of device can be used to detect people or vehicles, generate automatic reports and other interesting functions for security.

With the use of intelligent tools, infrared images can be studied and the type of threat detected, reducing the number of false warnings or security alerts.

They have no visual limitations

The objects that come between the intruders and the camera, such as trees, bars or the like, are not an impediment for this type of camera, since they detect the heat emitted by the bodies and, therefore, will detect the intrusion.

These types of cameras also record during the day or under artificial light, so other different devices are not required to complement night surveillance.

Its use also reduces the need for security personnel to be physically present in low visibility areas, with the consequent cost savings.

The use of infrared light in security cameras has meant an improvement in video surveillance systems, allowing areas that do not have artificial light at night to be monitored now.

Infrared cameras offer far superior performance than conventional cameras when conditions are more difficult, such as at night, in internal areas with little light or even when artificial light fails (due to an accidental or intentional cut-off).