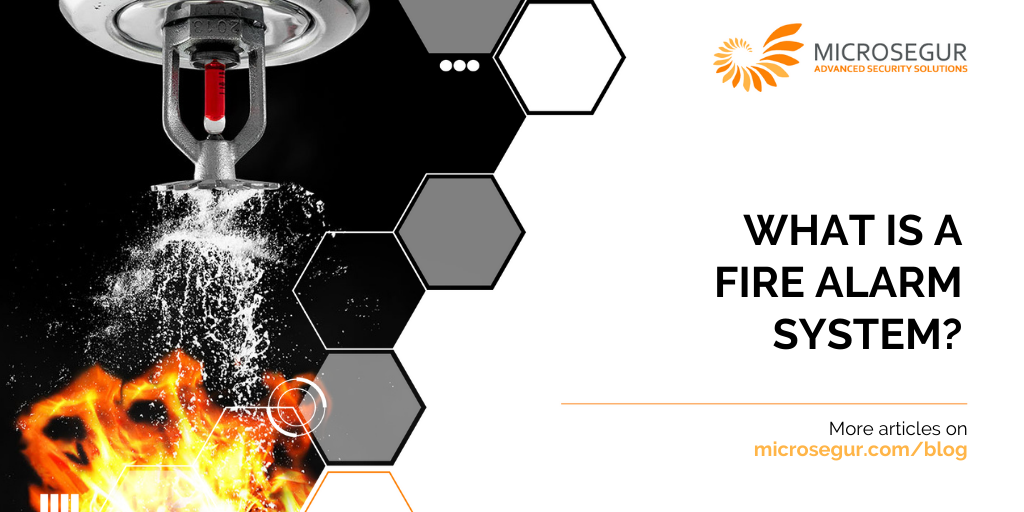 13 Apr What is a Fire Alarm System?

It is necessary to know what a fire detection system is in order to distinguish it from other measures that may be intended to fight fires once they have occurred, such as extinguishing equipment, but which are not detection systems. Also to know what exactly a fire alarm system implies in accordance with the regulations.

And is that the fire detection system can be voluntary and recommended in many cases, but we also find a wide catalog of buildings in which it is mandatory to have a fire detection system, as in buildings or premises of use public (hospitals, administrative buildings, schools, etc.). It is also mandatory in private buildings with public attendance, or in which, due to their use or level of occupation, their presence is required.

Fire detection installations must be done following the security regulations in public buildings and the technical building regulations. They can only be carried out by approved companies and require an exhaustive engineering project.

Why a fire alarma system is necessary?

A fire detection system is based on complex and constantly evolving technology. Its operation corresponds to the fire detection and extinction plan that must be applied in the building. It can be fully automated or also include mechanisms that are activated manually, such as alarm buttons. 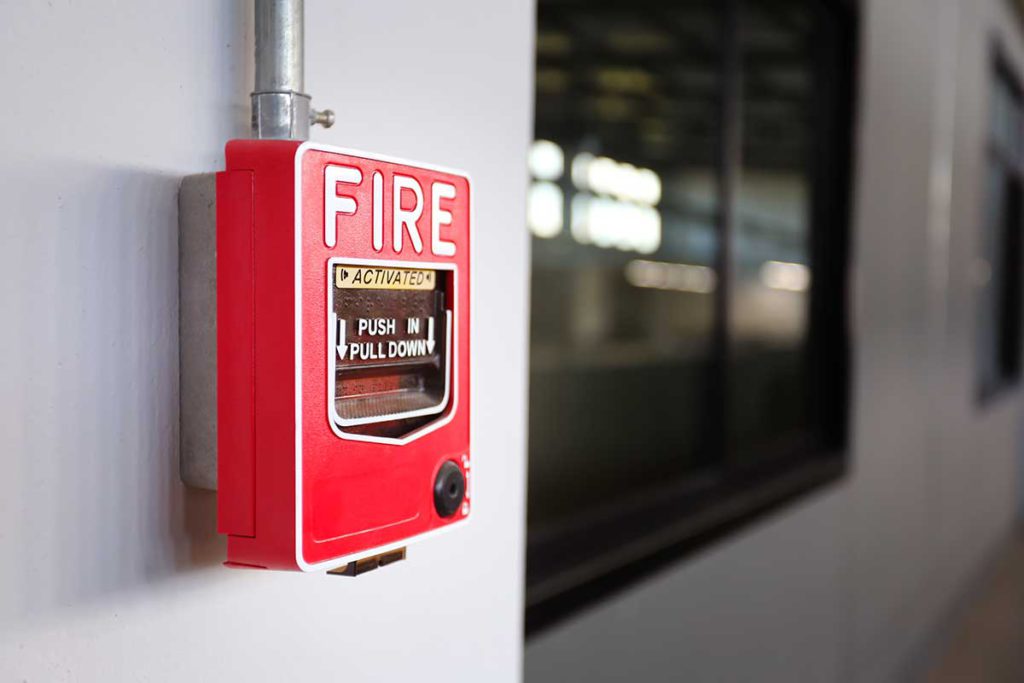 Thanks to the detection systems, an early warning is produced that allows people to leave the building using the escape routes before they fill with smoke. A sprinkler or extinguisher can also be activated to put out the fire that occurs in a localized point, preventing it from spreading to the rest of the building. Or close a protective door, which isolates the burning area from the other parts of the building.

The goal of the fire detection system is to save lives. Also protect property, since it is intended that the fire can be put out as soon as possible, minimizing damage.

How a fire alarm system works

A fire alarm system is made up of several elements:

Fire detectors distributed throughout the building. They are of different technologies. Its mission is to detect smoke, heat or flame to activate the rest of the fire fighting system. 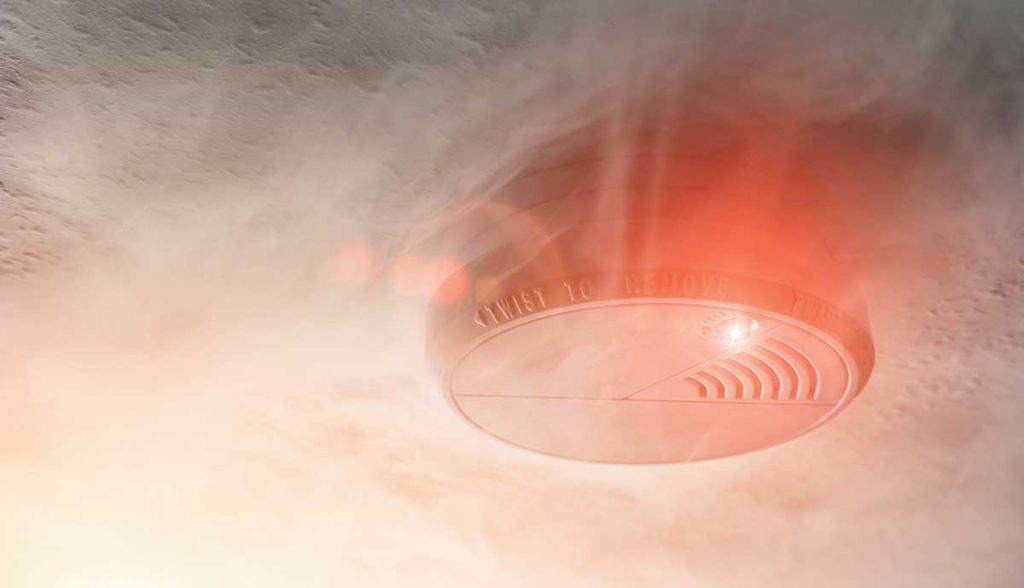 Central control and signaling. It is the brain of the system. It receives the signals from the detectors and manages and centralizes the entire response to the fire. It is an electronic control panel that can send an alarm signal to firefighters or fire fighting teams. It also activates other alarms in the building so that people can evacuate it. The control center can also activate extinguishing systems, such as water sprinklers, or automatically close the doors.

Auxiliary elements. They are electronic equipment that is strategically distributed. They are interconnected with the control center and have specific functions, from activating zone alarms, opening smoke evacuators, closing doors, blocking air conditioning equipment, etc.

In this section we have to highlight the explosion-proof cameras. They are special cameras, with a high level of resistance to fire and explosions, and which can continue to function in extreme cases. This greatly facilitates the work of the rescue and evacuation teams, since they allow to see what is happening at the most critical point of the fire. 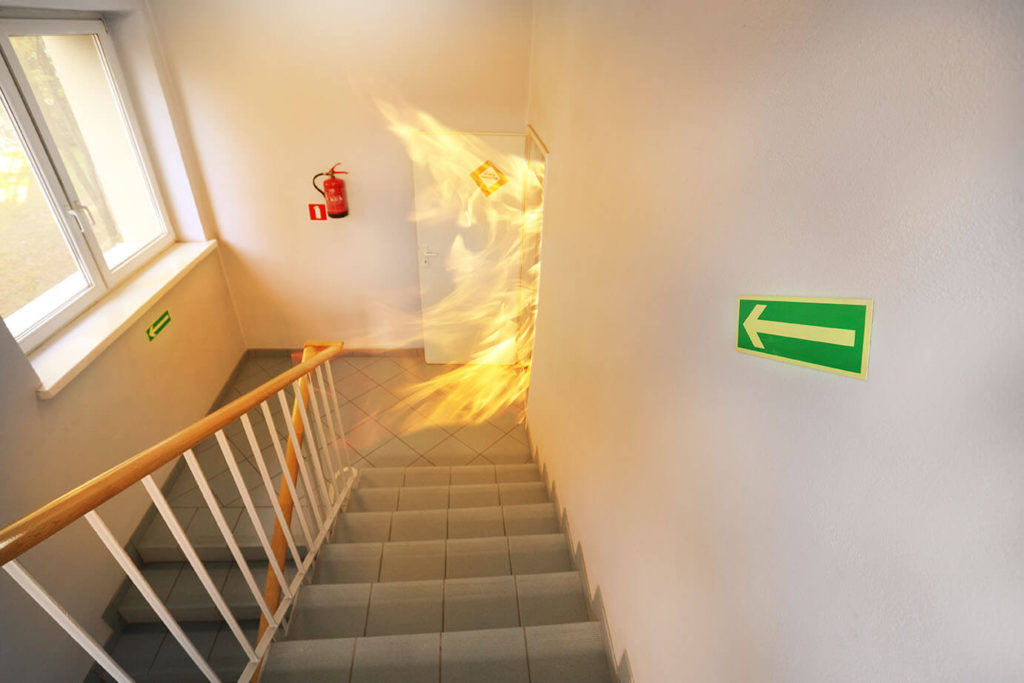 The fire detector is the central and most important element of the system we are describing. The detector warns of the start of the fire. And it almost always does it long before the fire is noticed by people. Hence its importance.

The detector takes advantage of the physical or chemical manifestations associated with fire to identify them and activate the alarm. They are classified according to the phenomenon that they are able to detect. Thus we have the following types of sensors:

Normally, the detectors that are installed today have the capacity to detect more than one of the manifestations that occur with a fire (temperature, smoke and flames). They are also interconnected with the central system, to which they transmit all the information so that it can set up alarms, extinguishing systems, etc.

In this article we have tried to explain what a fire alarm system is. We finish by clinching the idea that it is vital for safety and that its installation is mandatory in many buildings for public use. Also that it is necessary that its design and installation be carried out by approved professionals.

What is a Fire Alarm System